Four Must Have Books for the Aspiring Media Composer 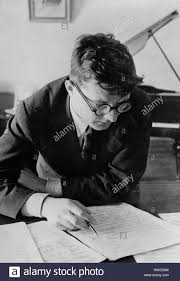 In my masterclass yesterday at IMRO in Dublin, I was asked which books I would recommend for the aspiring media composer.  In the lecture, I mentioned these four great books:
This is the first (in no particular order), Richard Bellis's The Emerging Film Composer.
Next, is Andy Hill's Scoring the Screen: The Secret Language of Film Music.


Then there is Guerrilla Film Scoring by Jeremy Borum.
Finally, there's On the Track by Fred Karlin. Fred was my teacher when I was in the ASCAP workshop a few years ago (OK, more than just a few).

Production Companies Benefit When Composers Keep Their Royalties
Posted by Craig Stuart Garfinkle at 1:51 AM 1 comment:

Tell the whole truth, or nothing.

Sitting in the car just now, KNX 1070 stated the results of a poll saying 57% of Americans support the ban on immigrants just imposed. No explanation or commentary, just that statement.

I said to myself, "That doesn't sound right. What is the truth?"

So I found the poll. Here are the two questions (verified on the link below) that were asked of 1,000 people in a phone poll:

1. Do you favor or oppose a temporary ban on refugees from Syria, Iraq, Iran, Libya, Somalia, Sudan and Yemen until the federal government improves its ability to screen out potential terrorists from coming here?

2. Do you favor or oppose a temporary block on visas prohibiting residents of Syria, Iraq, Iran, Libya, Somalia, Sudan and Yemen from entering the United States until the federal government improves its ability to screen out potential terrorists from coming here?

I read these questions and said to myself:

"If I wasn't married to a green card, formerly 01 Visa Holder, and didn't know first hand how hard and expensive it is to get into this country, to get these visas, how would I answer?"

"If I didn't cross the border 10+ times a year and personally know the process; watch as people are held and questioned at the slightest hint of impropriety…"

"How would I vote? How would you vote?”

I would vote in favor of the ban, based on how these questions are written, if I didn't know the process first hand.

Additionally, the questions are phrased in such a way that implies there aren't already strict guidelines, or that the ones in place are not sufficient. As phrased, these questions lead one to answer, yes, I would support such a ban. 57% of those polled agreed.

For now on, I vow, before stating anything about a poll, to find the actual questions and read them for myself, then judge the validity. KNX, I would hope you would the same. People trust you.

The real news story should be how the poll itself is misleading and who sponsored the poll, not the result. That was determined before the poll was even launched.

http://www.rasmussenreports.com/public_content/politics/questions/pt_survey_questions/january_2017/questions_immigration_visas_and_bans_january_25_26_2017
Posted by Craig Stuart Garfinkle at 12:47 PM No comments: